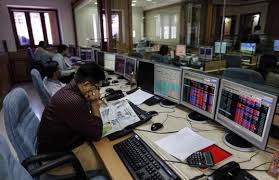 Benchmark indices closed higher for third straight session with Nifty hitting 9,000 mark in intra-day trades. Gains were led by sustained buying in IT and pharma shares with index heavyweight Reliance Industries contributing the most after CLSA said that the company’s refining margins may rise to a six-year high.

Nifty hit its record high of 9,008.40 for the first time ever during the intra-day trades.

Says Kunal Bothra, head – advisory, LKP Securities, “Nifty managing to surpass yet another milestone in just the first quarter of 2015 indicates that this bull market may probably not be over as yet. With resurgence from many beaten down stocks, and a healthy advance decline ratio, it seems that the internals of the market are also steadily improving.

The backbone of Nifty – the banking sector – though remained under marginal pressure and the Bank Nifty closing around 0.25% lower.

However, the catching up of underperformance which the index has done over the last few days warranted some sort of consolidation.

TCS, Reliance and HDFC led from the front contributing to the majority of the gains in the Nifty.”

“Technically, we still believe that the markets are in a strong momentum, and scaling new highs could continue to happen,” he added.

The broader markets outperformed the benchmark indices- BSE Midcap and Smallcap indices surged over 1% each.

Market breadth in BSE remained positive with 1,673 advances and 1,178 declines.

On the macro-economic front, annual growth in production of the eight key infrastructure industries declined to at least a year’s low of 1.8% in January compared to 3.7% in the same month last year.

This is likely to have a negative impact on the industrial growth numbers for the month, as these industries have a weight of 38 per cent in the Index of Industrial Production (IIP).

Fiscal deficit rose to Rs 5.68 lakh crore in April-January period, breaching the budget estimate by 107% which may call for harder measures by the government to meet the target of 4.1% of the GDP for full 2014-15 financial year. Meanwhile, foreign portfolio investors (FPIs) bought shares worth a net Rs 424.79 crore yesterday, as per provisional data.

Asian shares edged higher on Tuesday, bolstered by another record day on Wall Street, while a resurgent yen helped knock the US dollar index off an 11-year high.

MSCI’s broadest index of Asia-Pacific shares outside Japan added about 0.1%. But Japan’s Nikkei stock average erased early gains and ended 0.1% lower, after the yen rebounded from a three-week low against the greenback touched earlier in the session.

BSE Oil & Gas index surged over 2% followed by counters like Healthcare, IT, TECk and Consumer Durables indices, all gaining by 1% each.

Shares of Reliance Industries shot up by 4.4% on Tuesday following a global brokerage firm CLSA’s prediction that the company’s refining margins may rise to six year high.

Further, Life Insurance Corporation of India (LIC) is steadily increasing its stake in RIL during past couple of months. Sun Pharmaceuticals, India’s largest drug maker, will acquire the opiates business of GlaxoSmithKline (GSK) in Australia. GSK’s opiates business, including related manufacturing sites in Latrobe (Tasmania) and Port Fairy (Victoria) and its portfolio of opiates products along with inventory, will be transferred to a subsidiary of Sun Pharma. The financial details have not yet been disclosed. The stock gained over 2%.

Tata Power rose over 1% after the company commissioned the first unit of its Dagachhu hydro power plant having a capacity of 63 MW in Bhutan.

Other notable gainers were TCS, Cipla, Bajaj Auto, Dr Reddy’s Labs and HDFC. On the losing side, Coal India dipped nearly 4% after the stock turned ex-dividend for Rs 20.70 per share today.

Further, Coal India’s output for the April-February period of the ongoing fiscal was 436.96 million tonnes (MT), missing its target by 2.9%. Mahindra & Mahindra slipped over 3% after it reported 10% decline in total sales at 38,033 units in February. Other notable gainers were Axis Bank, Tata Motors, Hindustan Unilever, NTPC and ITC.

Natco Pharma moved higher by 9%, extending its previous day’s 4% gain on NSE, after the company announced that it has signed a non-exclusive licensing agreement with Gilead Sciences, to manufacture and sell generic versions of its chronic hepatitis C medicines. Hotel Leelaventure zoomed 6.5% on heavy volumes after the company said it has engaged JM Financial Institutional Securities Limited for sale of its Chennai and Goa Hotels.

TVS Motor Company rallied 8% after reporting 15% year on year growth in total sales at 204,565 units in February 2015, against 177,662 units recorded in the same month last year. Shares of Tata Group companies were in demand and trading higher on the bourses in late noon deals on back of heavy volumes.