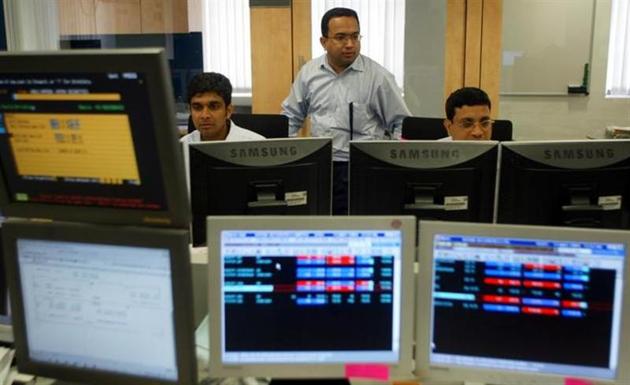 “Reliance Industries seems to be gradually edging higher ahead of fourth quarter earnings while capital goods shares were in action amid stock specific news. Further, fundamentally sound stocks in the broader markets which had not participated in the rally are witnessing buying interest at current levels,” said, Prakash Diwan, Director, Altamount Capital Management.

Foreign institutional investors were net buyers in equities to the tune of Rs 363 crore on Friday, as per provisional stock exchange data.

Consumer inflation probably edged up in March for the fourth straight month from a record low in November, as heavy rains drove up food prices.

Consumer prices likely rose to 5.5% in March from a year earlier compared with February’s 5.37%, according to a Reuters’ poll of economists.

Except Auto and Realty all other sectoral indices on the BSE ended in positive zone. Consumer Durables, Capital Goods and Healthcare indices were among the top gainers.

Reliance Industries ended up 2%. The stock has extended gains for the fifth straight session on media reports that the company has discovered massive gas reserves at MJ-1 block in its KG-D6 basin.

In the capital goods space, L&T ended up 2.2% after it announced the signing of MoU with France-based AREVA for cooperation to maximise localization for the EPR Nuclear Power Plant coming up at Jaitapur in Maharashtra.

The company got RBI clearance to raise up to USD 500 million (about Rs 3,100 crore) as Exteral Commercial Borrowing (ECB) to fund its business growth.

It has also cut home loan rates by up to 20 basis points to 9.9% ONGC’s acquisition of 10 per cent stake in a giant Mozambique gas field had helped the seller make a neat profit of $ 1.5 billion or over 62 per cent of the purchase price.

FMCG majors ITC and Hindustan Unilever ended up 1.4-1.6% each ahead of the consumer price inflation data.

GAIL ended down 1% after Credit Suisse downgraded the stock to “underperform” from “neutral” saying that India’s LNG demand has fallen with a drop in oil prices, which has hit GAIL’s gas trading business.

In the mid-cap space, Sequent Scientific surged nearly 17% after the company said it has allotted 1.1 million warrants at a price of Rs 475 per warrant convertible into the same number of equity shares to promoter group entities on preferential basis.