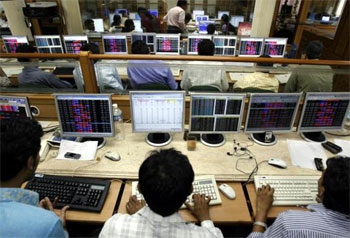 Extending losses for the seventh day in a row, the benchmark BSE Sensex on Monday tanked 490 points to close at about three-week low of 28,227.39 after exit polls predicted BJP’s defeat in Delhi elections and weaker-than- expected results by corporates like L&T.

Besides, the rupee weakened against the dollar to over three-week low of 62.20 (intra-day) on sustained capital outflows which dampened market sentiments.

“Markets reacted negatively to exit polls on Delhi election, which indicates the Aam Aadmi Party would form the government in Delhi and that would be the first state election defeat of party ruling in Centre, post Lok Sabha election,” said Jayant Manglik, President-retail distribution, Religare Securities Ltd. Announcement of “weaker than expected corporate earnings from infra major L&T” worsened the sentiments in the end, he added.