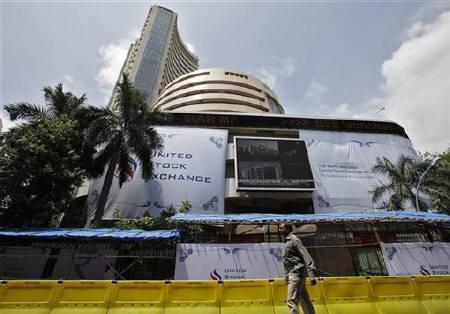 Pitching for a slew of reforms in the Indian capital markets, leading bourse BSE has suggested the government bring in a new transaction taxation structure and besides seeking tax pass through status for Infrastructure Investment Trusts (InvITs).

As per the stock exchange, Securities Transaction Tax (STT) on equities, which is basically for investment need, should be made the lowest, while the same should kept higher for the derivative trades.

Further, it has suggested that the transaction tax norms be made applicable across asset classes like stocks, non-agricultural commodities and currency derivatives.

In essence, a new transaction tax structure needs to be put in place to ensure there is no tax arbitrage across asset classes, BSE has suggested to the Ministry of Finance.

Meanwhile, the bourse feels that the tax should be a pass through in case of an InvIT and should be chargeable only in the hands of the unit holders.

In September, 2014, market regulator Sebi had notified the norms for listing of InvITs, that would help attract more funds in a transparent manner into the infrastructure sector.

Aimed at infusing liquidity in securities that are not frequently traded on bourses, market making is when an entity stands ready to buy and sell a particular stock on a regular and continuous basis at a publicly quoted price.

BSE has suggested that market making be made permanent in the SME segment of the bourses and should also be introduced for corporate bonds as well as currency derivative trading.

Moreover, BSE wants that the pension funds in India be allowed access to the equity market, both primary as well as secondary, to enable them to participate in wealth creation for the companies and the investors of the fund.

In India, pension funds currently constitute over $ 80 billion of funds. Currently, the pension funds are allowed to invest only in debt securities, including short term bills.

The exchange also proposes that the government allow instruments like Third Party Warrants in the Indian capital markets so as to enable long term investors to invest in them. According to BSE, third party issued warrants provide investors a new tool for investing and managing risk.

Being retail focused investment products, specified rules are issued for the product which ensures a high level of transparency, liquidity and protection to investors, it said.

Besides, BSE has sought a review of ownership norms for depositories wherein it wants that a stock exchange hold 51 per cent stake in a depository from the current 24 per cent cap.